It’s finally here and it is so exciting to see the Laboratory of Literary Architecture in a major academic publication!

The Routledge Companion on Architecture, Literature and The City, edited by Jonathan Charley, features a chapter on the LabLitArch, which includes a narrative on the genesis of the laboratory, images, project samples, the Literary Architecture series, as well as a dialogue between professors Carola Hilfrich and Jonathan Charley about the pedagogical implications of the LabLitArch. 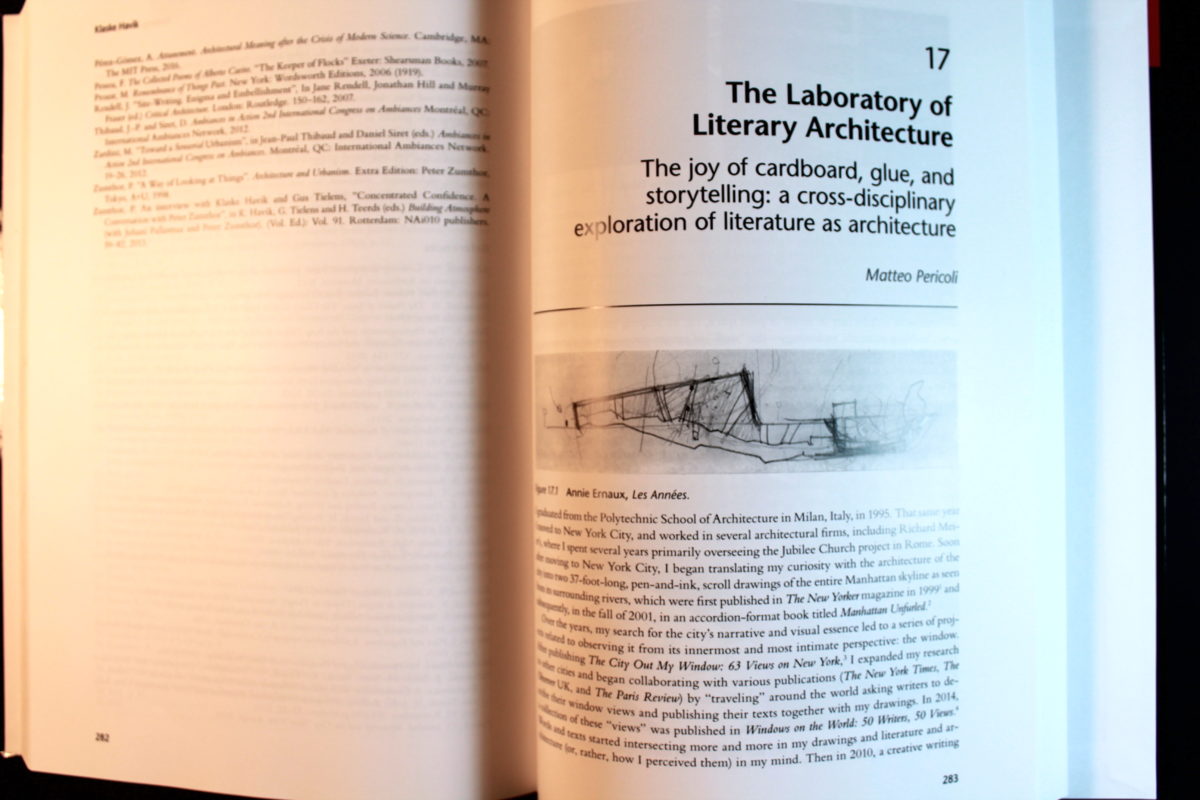 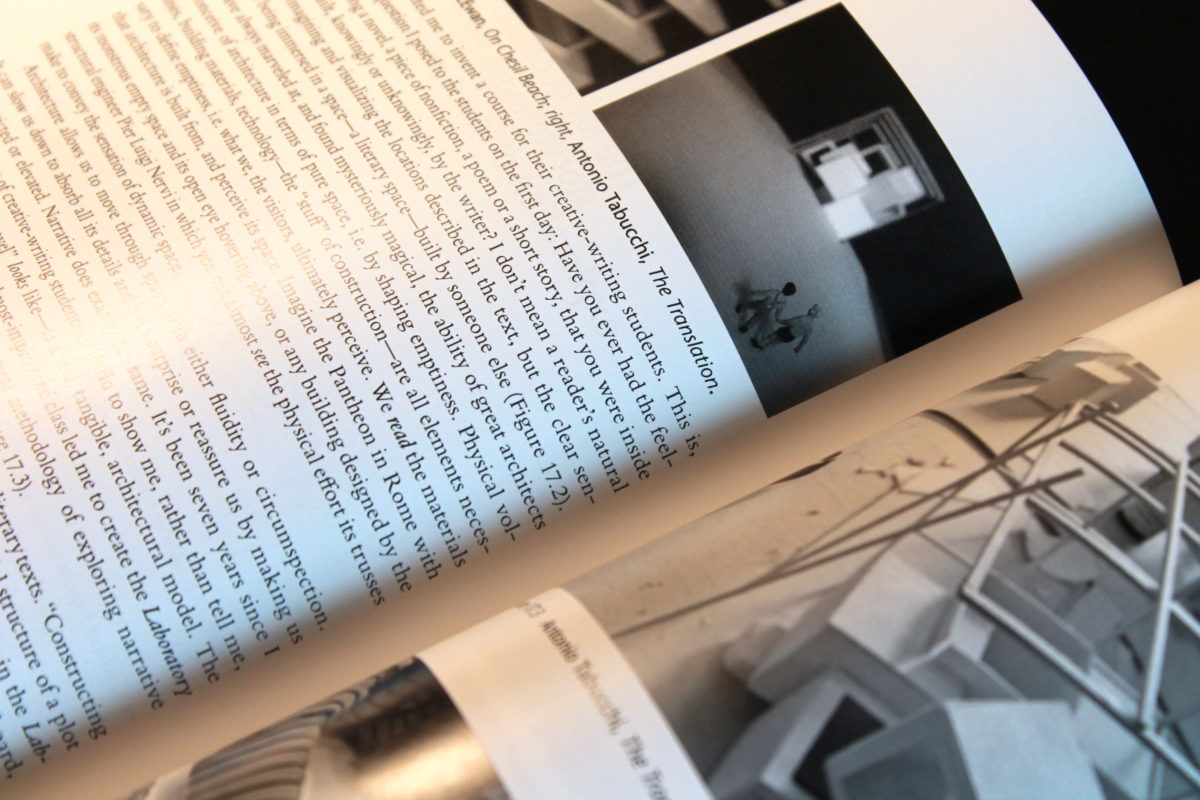 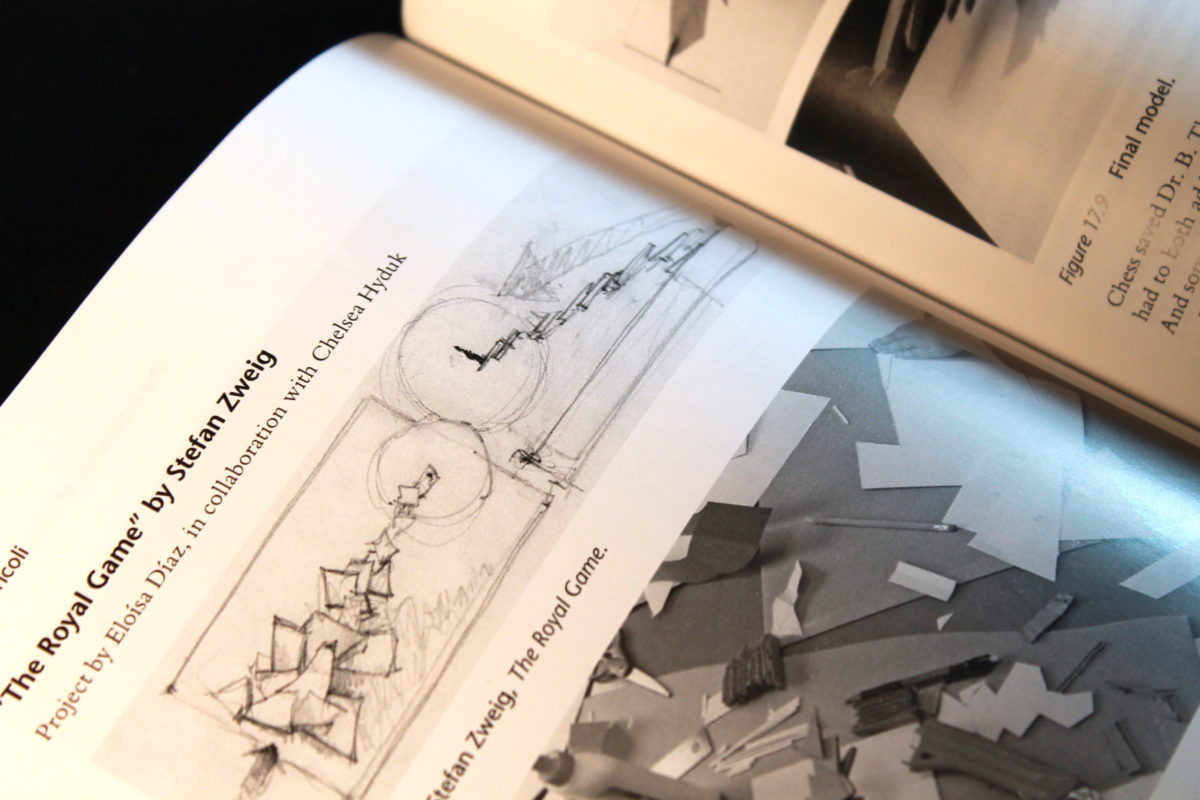 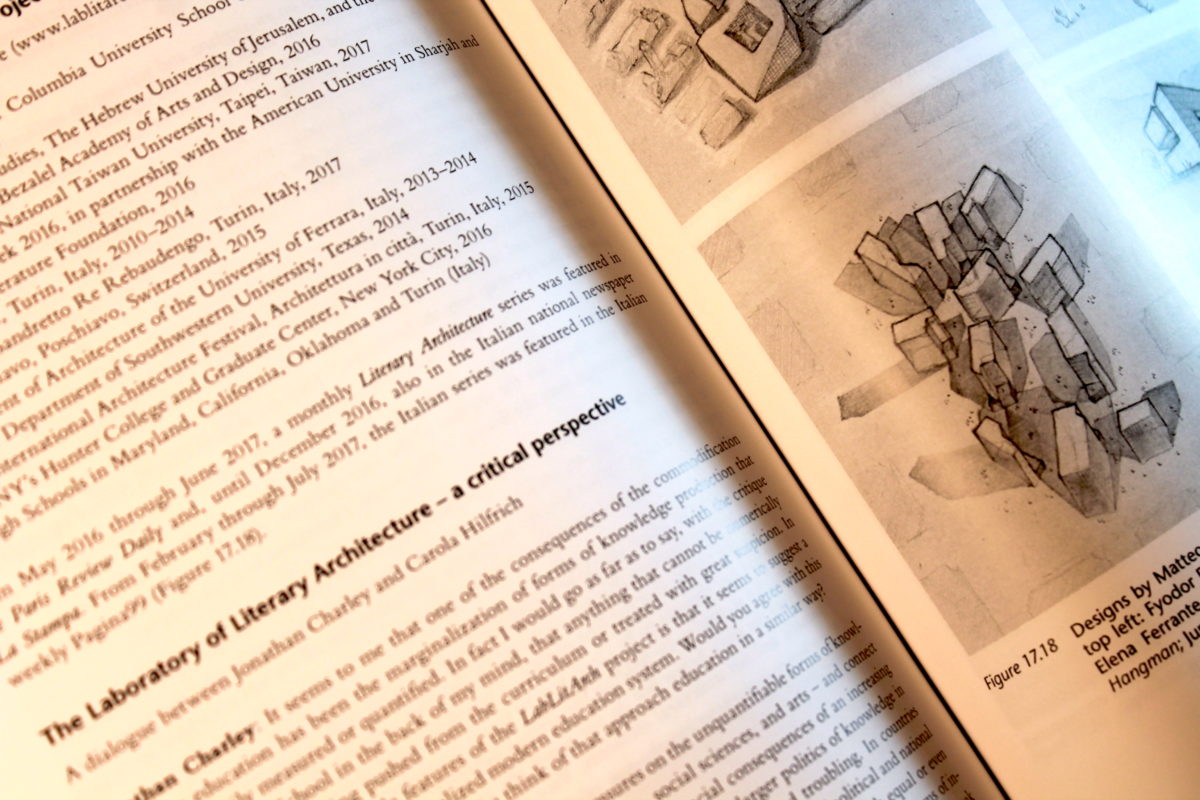 Quotes from the dialogue between Carola Hilfrich and Jonathan Charley:

One of the valuable features of the LabLitArch project is that it seems to suggest a ludic alternative to a super-rationalized modern education system.

It sets up a process of playful experimentation … that has all the edginess, marginality, contingency, and frustration as well as the serious stakes in liberating our thought from habitual constraints.

Seeing the process at work felt like being in loophole of knowledge production; a place where participants, thrown out of the respective boxes of their home disciplines, move into a hybrid, interactive, and reconfigurable field.

I think of Matteo’s Laboratory as a unique environment for exploring the potential of … moments where literature and architecture, words and buildings and spaces, readability and inhabitability intertwine with humans.

Asking us to put our hands on works of literature by architecturally removing their verbal skins, the LabLitArch makes us grasp their actual texture rather than their form or meaning, so as to shape it, collaboratively, as a habitable space.

LabLitArch is perhaps most transformative for our thinking and doing at moments of counter-intuition, competing intuitions, mixed intuition, or intuitions that fail us; and that its emphasis on intuition, or gut feeling, includes loops through the whole body and its more intentional responses, as well as through the imagination and the environment.

Matteo’s Laboratory is itself a theory of intuition and failure. Intriguingly, its teaching method in collaboratively haptic creativity advances from the outset a non-subjectivist approach; and it does produce end-results, in the form of the final projects.